The Provost who secured Belleisle Estate for Ayr and was instrumental in saving the Conservatory. 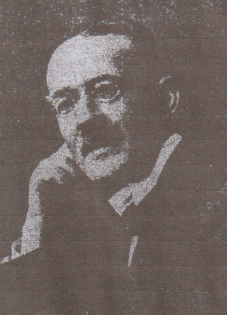 At a meeting of Ayr Town Council on 8 April 1926, the Clerk to the Council announced that he and the Provost had purchased Belleisle Estate on behalf of the town for £25,000. The Provost was James Robertson Gould, a councillor since 1905 and Provost since 1924.

Belleisle was to become the most extensive and popular park in Ayr, with golf courses, a hotel, a walled garden, children’s swings, greenhouses – and a conservatory. Provost Gould, known locally as Jimmy, was a keen supporter of Belleisle for the rest of his life seeing the park as his finest achievement in office. It proved to be a public attraction for local folk as well as an favourite centre with visitors.

When, in May 1929, the Town Surveyor produced a very critical report on the condition of the conservatory in the park, there were some councillors who proposed pulling the building down. It was argued that broken glass needed to be replaced, some timber was rotting and paintwork was in need of attention. To put the conservatory in good order would cost the Council £350. But, much to the delight of Provost Gould, the Parks Committee voted by nine votes to two to repair and restore the building as a public attraction.

Who, then, was Provost Gould? He was born in Edinburgh in1866, the illegitimate twin son of Margaret McKenzie or Gould. After being moved to Glasgow as a child, he made his own way, aged 15, to Ayr where he was to live for the rest of his life. He worked first as a labourer for a horse and pig dealer in Ayr. At the age of 21, James acquired a pony and small carriage and drove visitors on trips from Ayr to Burns Monument. This was when, in April 1887, he married Agnes Ross, a 19 year-old shop assistant from St Quivox. The wedding took place in the Crown Inn in Ayr High Street and their marriage was long and happy.

The pony and carriage enterprise, however, did not turn out to be successful so Jimmy went to work as a labourer for W G Walker at Hawkhill Chemical Works near the present site of Somerset Park. He seems to have made a few new business contacts, buying and selling items such as garments and in 1891 he was able to set up his own business as a credit draper. This type of business enabled customers to buy garments by paying regular subscriptions over agreed periods of time. In due course his business grew into the firm, James Gould and Sons, general drapers and house furnishers in Wallace Street, Ayr.

James Gould became a respected businessman in the town. He and Agnes and their growing family moved into a substantial house in Montgomery Terrace. But he had concern for the poor families he saw in Ayr and in 1903 he became a member of Ayr Parish Council to speak up for those in need. He had become a staunch Liberal and it was no surprise when, in1905, he was elected to the Town Council. The story of Jimmy Gould’s work as a councillor now has to fast forward to 1924 when, after some years as a magistrate and two years as Treasurer of the Council, he was invited to become Provost.

In the following year the trustees of the late George Coats, Baron of Glentanar informed Ayr Town Council that they intended to sell Belleisle Estate which had been the property of the Coats family, the Paisley thread manufacturers,  since 1886. The Council members, led by Provost Gould, quickly concluded that Belleisle should be acquired for the people of the town. Consequently, the Town Clerk, his officials and the Provost entered into negotiations with the Glentanar trustees, hoping at first that the estate might be gifted to Ayr. But there was no prospect of such benevolence coming from that quarter. After months of legal dealings and correspondence, the purchase of the whole estate, combining the grand Belleisle House, several cottages, numerous outbuildings, including the conservatory,  and 116 acres of land, was agreed at a price of £25,000.  The Finance Committee of the council reported on 29 April 1926 that the purchase would be covered by: £16,000 credit from the Council’s electricity account, £4,300 from the Robert Templeton Trust, and with the agreement of the Secretary of State for Scotland, the remainder in a loan from the Bank.

For Provost Gould, this was seen as his finest achievement. Although much of the legal and financial detail was dealt with by council officials, to have had direct involvement in the negotiating process and its successful conclusion filled him with pride. He remained a strong supporter of Belleisle Park for the rest of his days. He would watch with pleasure as the Belleisle Golf Course was landscaped and he had the honour of hitting the first ball off the tee at the official opening. He would also see Belleisle House being gradually transformed into the finest hotel in Ayr. The restoration of the 19th century conservatory creating a beautiful showpiece for visitors was another item as part of the legacy of this public servant.

His vision is still relevant to today’s values with Belleisle providing a green environment with abundance of wildlife, biodiversity, healthy leisure opportunities and beautiful plants and flowers, particularly in the Belleisle Conservatory. Our thanks to Jimmy Gould. 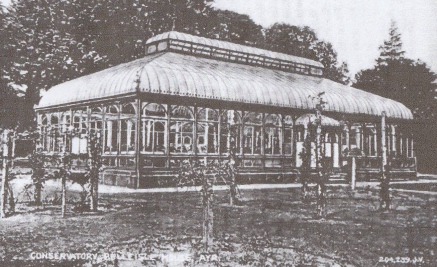